These three photos taken a few days ago near San Diego remind me of an essay I wrote last November and re-wrote in February. In my November versions, the tone was unclear and the point was unclear. The opening was too heavy, the second paragraph was too light, and the middle was a muddle. Just like this photo.

The left area of the photo is too light, the couple is too dark, and it isn't clear whether they are facing snow and mountains or ocean and clouds. Besides that, they are looking out of the picture. What's out there? Why isn't it in the picture? 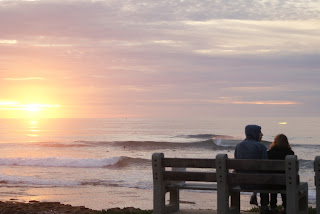 In this second shot, the light parts are still too light, but we can tell it is probably ocean. However, I moved in closer so it looks as if they may have their feet in the water. He is still looking out there at something we can't see. She, meanwhile, has become an unrecognizable lump.


This next picture is both better and worse. The waves are again looking like snow to me, and just as I pressed the shutter button, she looked out of the picture again, and a tiny halo has appeared over her head. Also, they seem to have an odd number of legs. I want them to be "a couple" enjoying the sunset at the ocean. Not gonna happen. I can't move them. I can't move the ocean, the beach, or the sun. In fact, the sun has set. 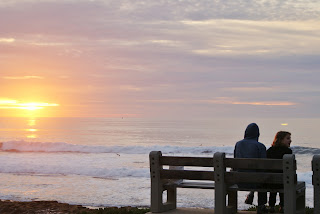 Lucky for us as writers, we have control over our writing. I think my February version of my essay is considerably better since I gained better control of it.  I figured out I was writing about family and not just making some joke-y play on words that nobody but me even got. I quit expecting the reader to intuit what I intended. I came right out and said what I meant. I shortened that long, heavy opening. Added details so we know whether we're "at the ocean or in the snow." I was able to direct my reader, unlike my couple in the photo, where to look and what to see.

Have you clearly shown your reader the setting? The characters? Their relationship? Have you been clear about what you point you are trying to make?

Don't let the sun set until you have accomplished all those things.

Okay, well, honestly, sometimes it is many sunsets before we are able to accomplish all that. Keep working at it. It's worth it.

As the sun set . . . . It's a cliche but that's our task as writers -- to make something fresh and new from the same old truths. Give it a try. Write for ten minutes or more. Later, revise and rewrite. When you rewrite, you may find you eliminate the original phrase. Doesn't matter.

In case you are still trying to recover from holiday and Valentine's Day excesses, today's Chocolate Inkwell is guaranteed low-cal but with enough chocolate to bring a smile. This is from a calendar for sale at Amazon.com. 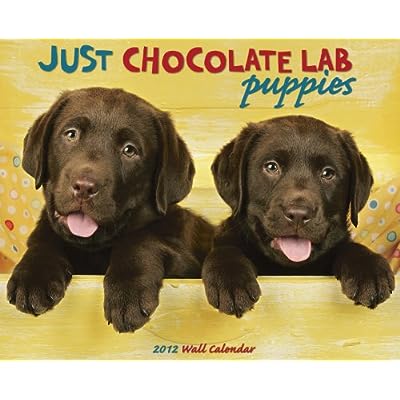 
This is the year to write your life story. Make it more fun with Write Your Life Story in Eight Weeks Workbook, Second Edition, available at www.angelinyourinkwell.com/buy.html.

All rights reserved 2012 There's An Angel In Your Inkwell®
Posted by Carol at 11:22 AM 1 comment: Links to this post