What To Do If You Were Married to Michael Jackson 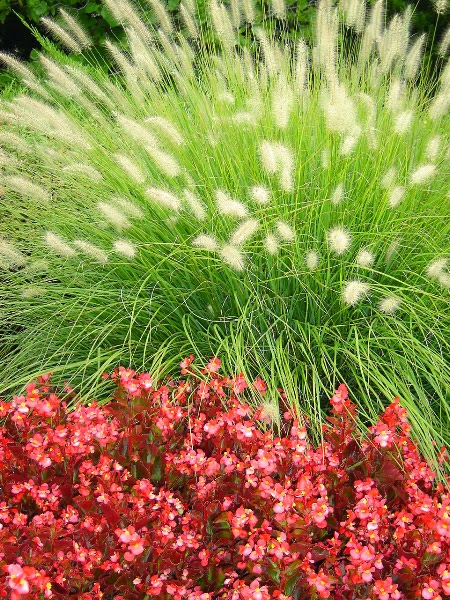 The first day of fall is a perfect time to begin or continue your memoir project. After all, what is a life story but a series of changing seasons? Time passing.

Like the begonias and hamlin grass pictured above, you still have plenty of color and energy. You can use it to write about the passage of time.

How can you indicate the passage of time in your story? Here are a few ways:

1. As you read other memoirs, notice how the writer indicated time passing. Use that method in your memoir. However, don't limit yourself to observing memoirs. Perhaps even more useful are the techniques used in novels, poems or nonfiction pieces. For example, I just finished reading a novel whose chapters were named for dates and years in which the events occurred. You can do that too.

2. Use transition words and sentences. Here are some examples: Since moving to Cincinnati, I had felt a new exhilaration. OR - After my promotion, I felt more secure financially. OR - When my birthday came, I knew I was ready to make a change.

3. Describe your changing feelings or appearance or mode of transportation. Here is an example: Now that I had a car, I suddenly felt like a free woman. OR - With my husband's departure, I realized I was on my own -- and that I liked it.

4. Within individual chapters, passage of time can be indicated by extra spaces between paragraphs or by extra space and three asterisks or some other symbol.

5.  Give your readers credit for their good reading ability. They will be able to follow your story even if you jump around in time and place.

In Ann Joyner's memoir, Not Worth Saving: How a Severely Handicapped Boy Transformed Lives, she begins with her pregnancy with Matthew. Chapter Two takes up the story when Matthew is fifteen. The chapter begins: "The funeral we planned in 1984 did not take place. Matthew lived."

Are we lost or confused in the story? No, we know exactly where we are and we are turning the pages as fast as we can read. We want to know what happens next and what happened in the intervening years. She has us hooked.

By the way, Ann's book is available in the bookstore at United Methodist Church of the Resurrection, 13720 Roe, Leawood, Kansas, 66224. It is published by Nazarene Publishing House.  To order - http://thewell.cor.org/not-worth-saving

Make a little mind map of the times of your life. Just list a few. This is just for practice. To make a mind map draw a circle in the middle of a page. Inside the circle, write the words Times of My Life. Then make other circles around the center circle in which you list life changes. Draw a line from the center circle to surrounding circles. Surrounding circles may have other circles shooting off from them.

For example, a simple mind map might have Daughter, Wife, Mother in surrounding circles. Or it might have Elementary School, High School, College. Another possibility is Secretary, Manager, Vice President.

Now, just for practice, write a paragraph in which you take us from one to the other of the times. For example you might write: "I was sick of always being Elvis Presley's daughter. I was ready to be Michael Jackson's wife. However, it was not what I expected. Later, I looked back and wished I had stuck to being Justin's mother. It was fun in many ways."

And there you go. You are Justin Beiber's mother and telling us about your life at that time.

And now for an extra simple chocolate recipe because you need to use your time for writing.

The version of this I saw in The Kansas City Star had multiple steps with multiple from-scratch components. Basically, just cut a cupcake in half horizontally. Save the top of the cupcake for the top of your parfait. Layer pudding, cupcake, and whipped cream in a clear straight sided glass instead of a parfait glass. Top layer is cupcake top.

The Star version did not include this but the parfait could be embelished with a small cookie or cherry stuck into the top.

Pretty enough to serve to your mother-in-law yet quick and easy enough that you won't feel you wasted your time when your husband or kids inhale it and it is gone in a flash.


To purchase your own copy of Write Your Life Story Workbook, visit www.angelinyourinkwell.com/buy.html